A Theatrical Tour in Nahlaot and Machne Yehuda Market

Meet the most colorful characters of Jerusalem, discover the amusing stories, hidden secrets and give in to the great scents, colors and tastes in a fun and surprising theatrical tour of Machne Yehuda Market and Nahlaot.
We’ll dive into the alleys of this picturesque neighborhood, in a light and humoristic atmosphere; get to know Nahlaot - tiny neighborhoods bundled together side by side - and learn about the life and its residents. We’ll visit the tiny Batei Goral neighborhood, which was established especially for the Yemenite Jews who came to Israel and the pastoral Mazkeret Moshe neighborhood, which was only meant for Ashkenazi Jews, but surprisingly has a great Sephardic synagogue in it. We will admire the “Picture in Stone” project at the Spanish Ohel Moshe neighborhood and the famous strawberry garden; from there, we’ll move on to Nahlat Zion, one of the most exciting neighborhoods in Nahlaot, where quite a bit of urban myths were told about its inhabitants. A wide array of cultures gathered in that place – Aleppos, Kurds, Urfans and Persians; casting their customs into that neighborhood and re-defining Jerusalem’s melting pot.
Between the Nahlaot, different Jerusalemite characters will appear and come to life, telling us the story of the neighborhood in a funny, exciting and witty way. Before we finish, we’ll drop by the Machne Yehuda Market and get carried away by the market’s fast pace. We’ll explore the stalls, shops, cafés and restaurants. We’ll taste beverages with rare qualities, sweet pastries and traditional foods. We’ll hear the stories of the of some of the oldest merchants in the market, weaved into the local atmosphere and unique history of the market. 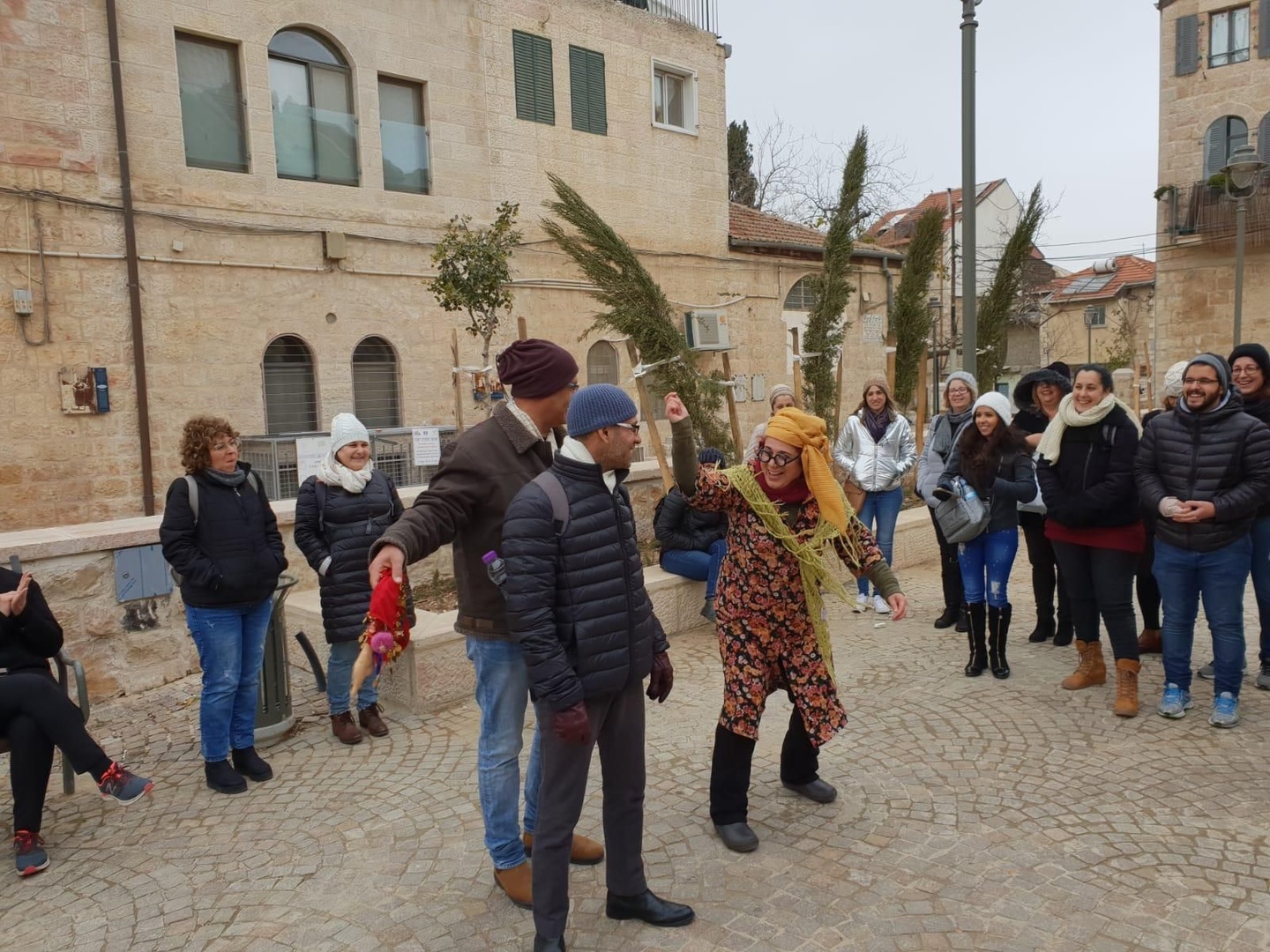 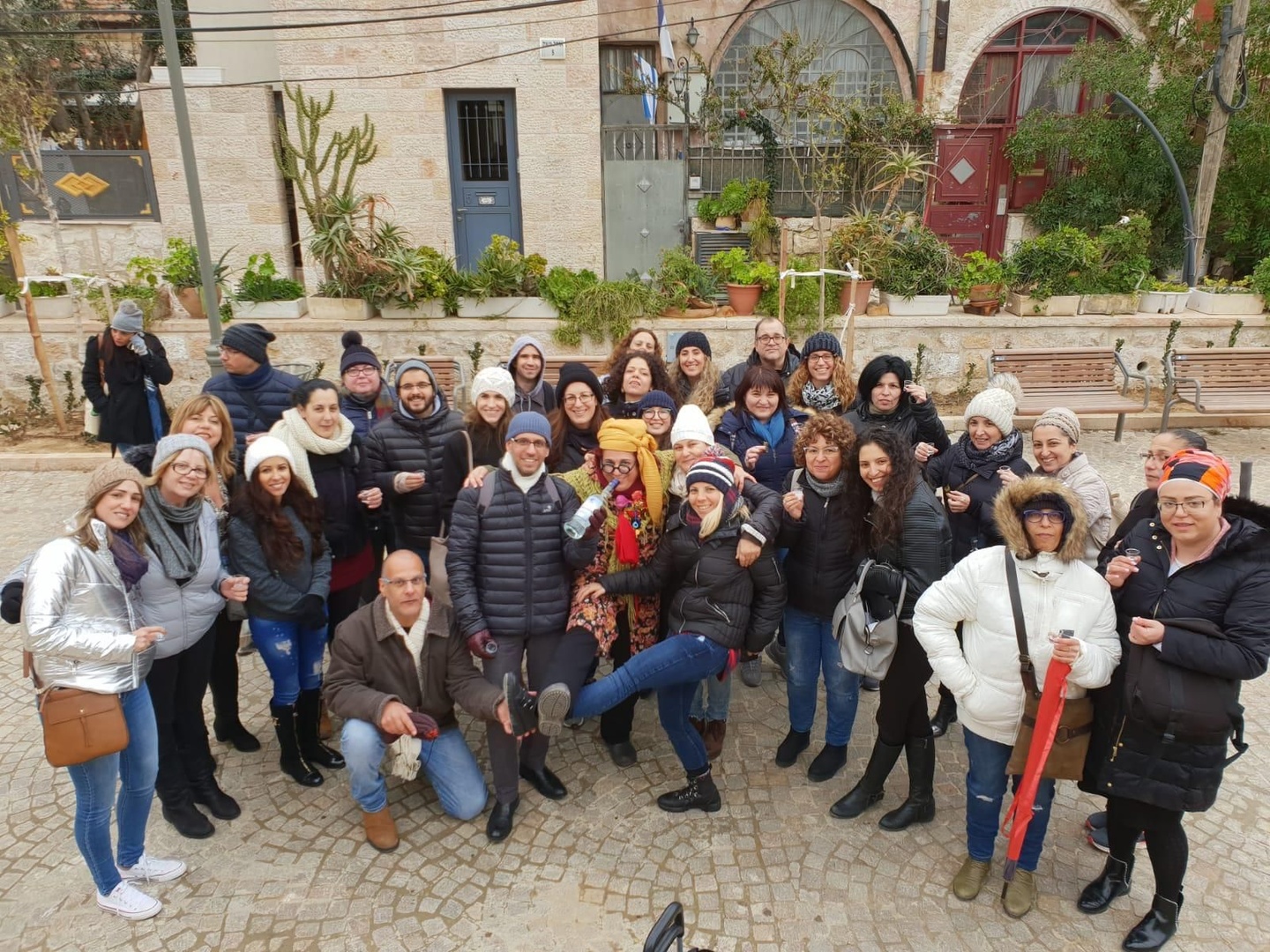 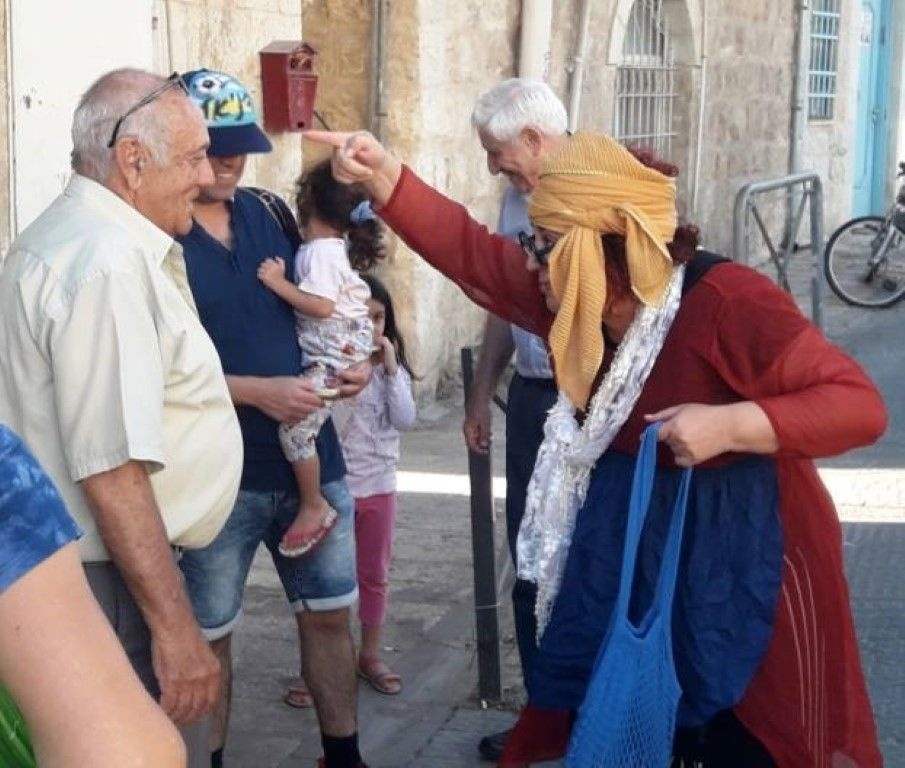 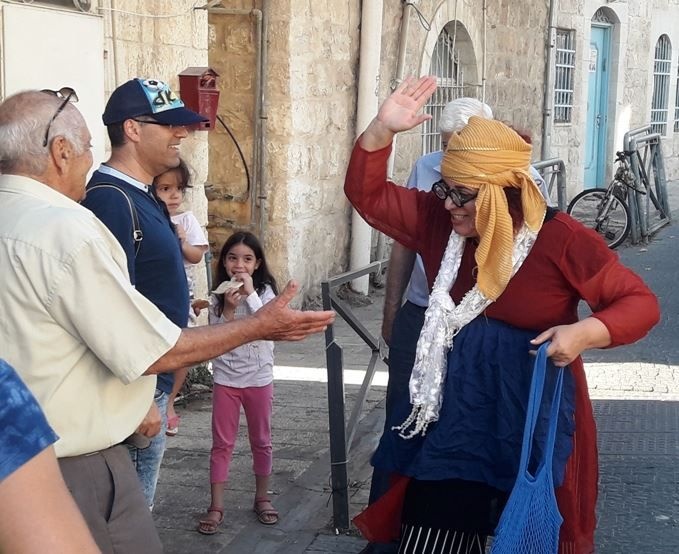 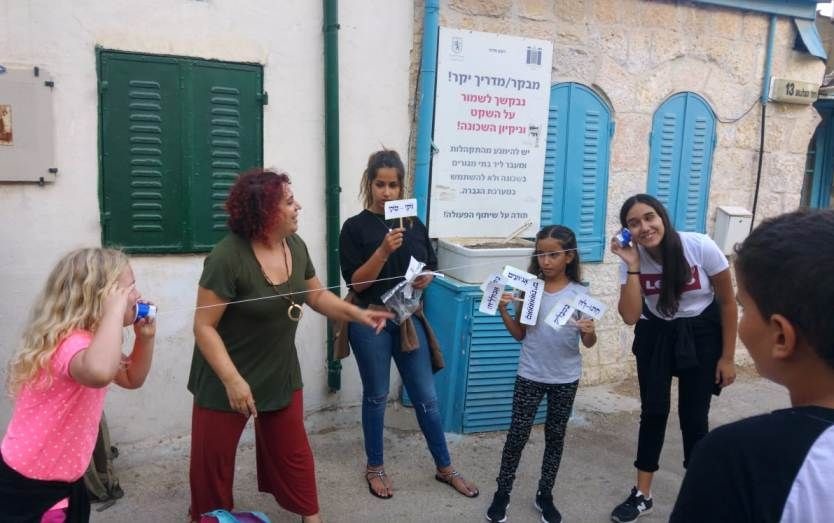 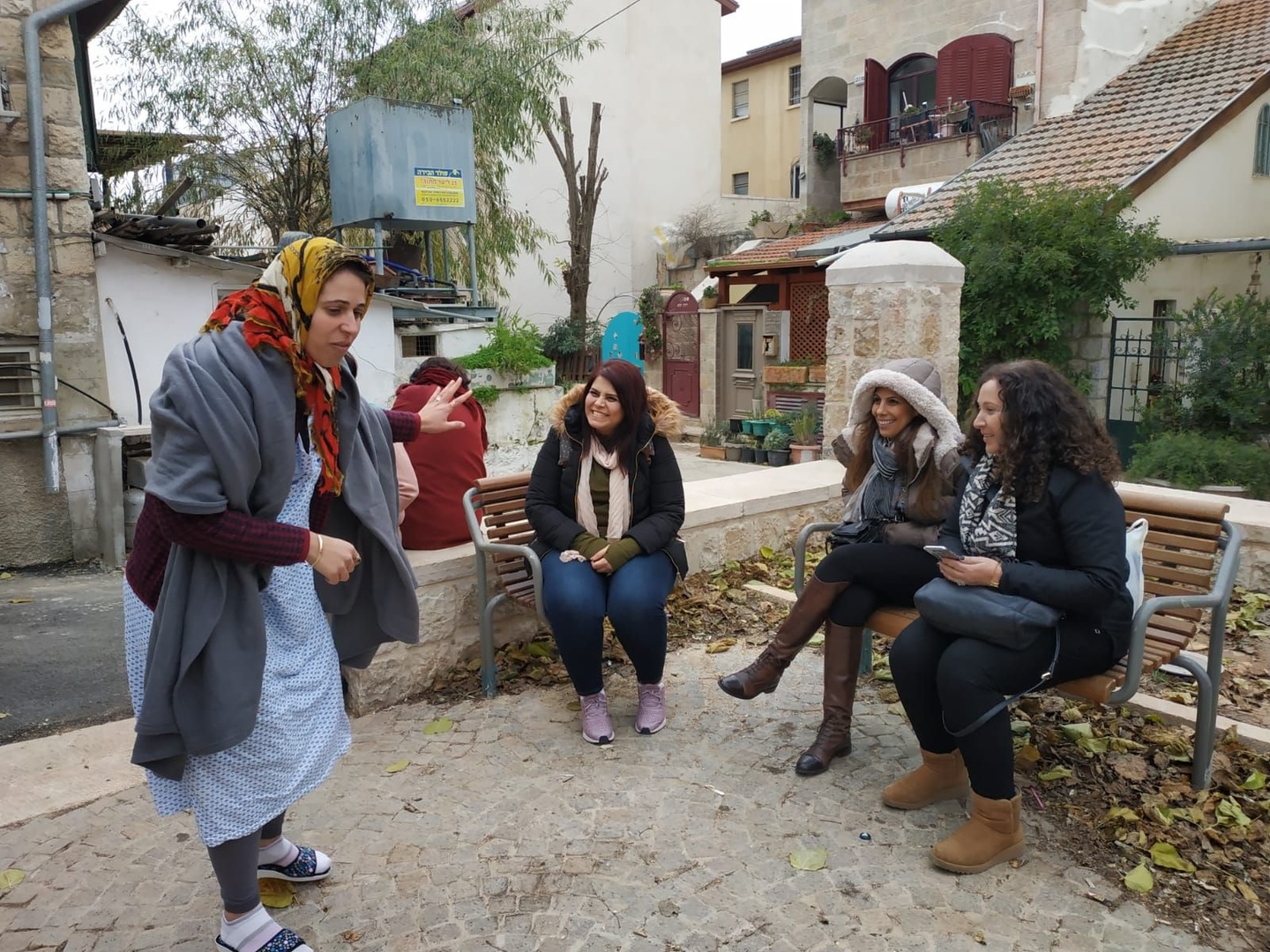 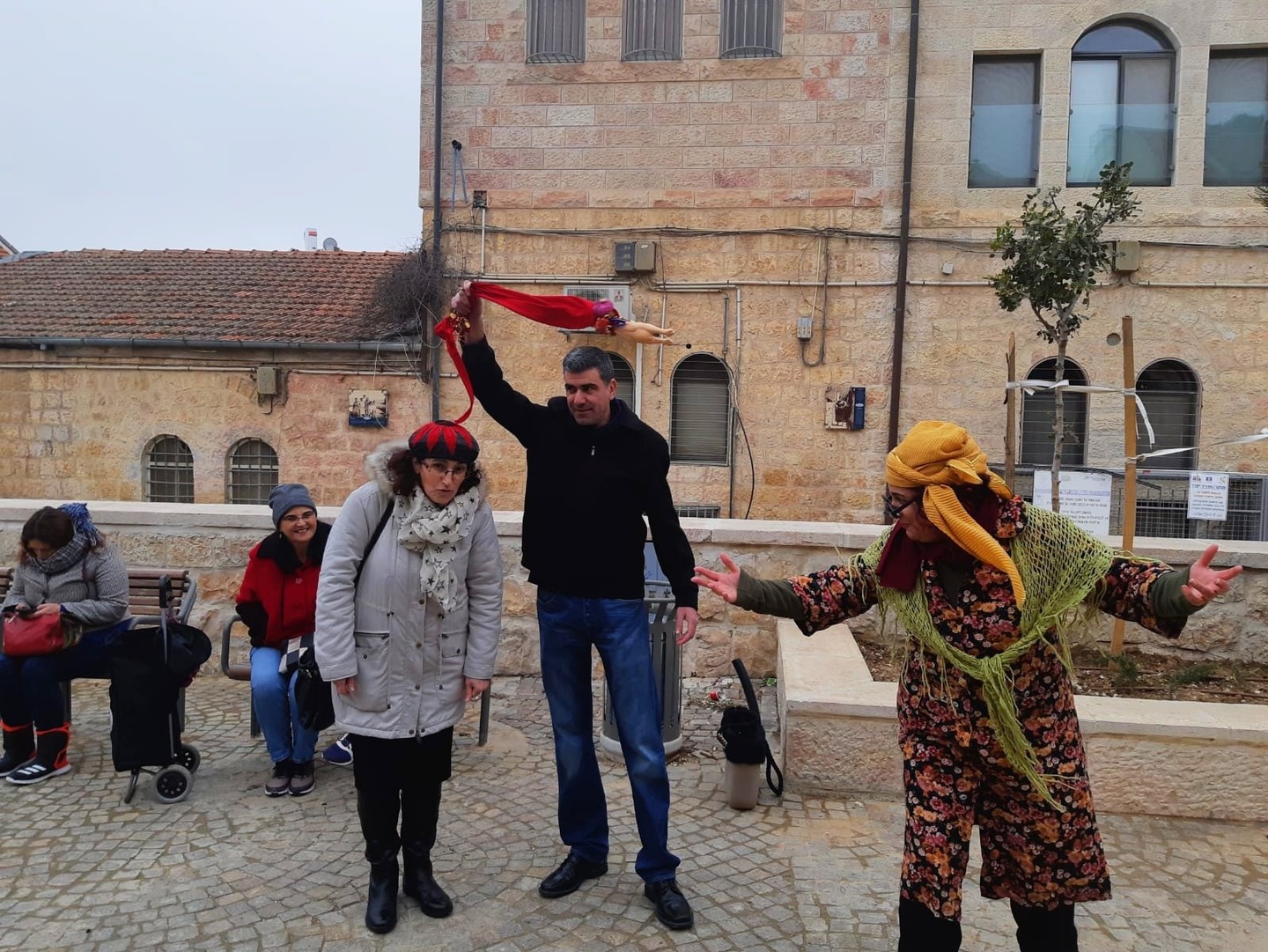 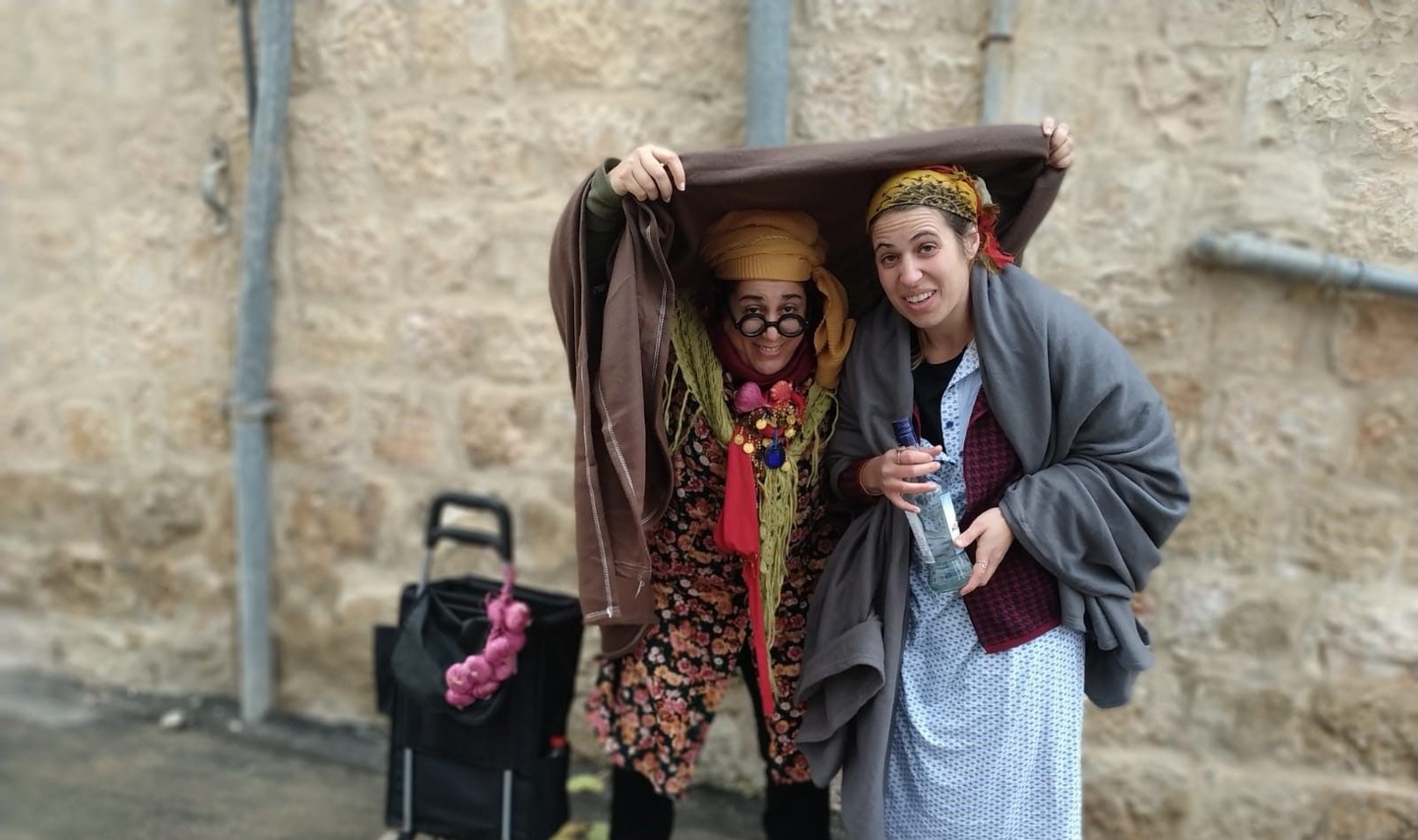 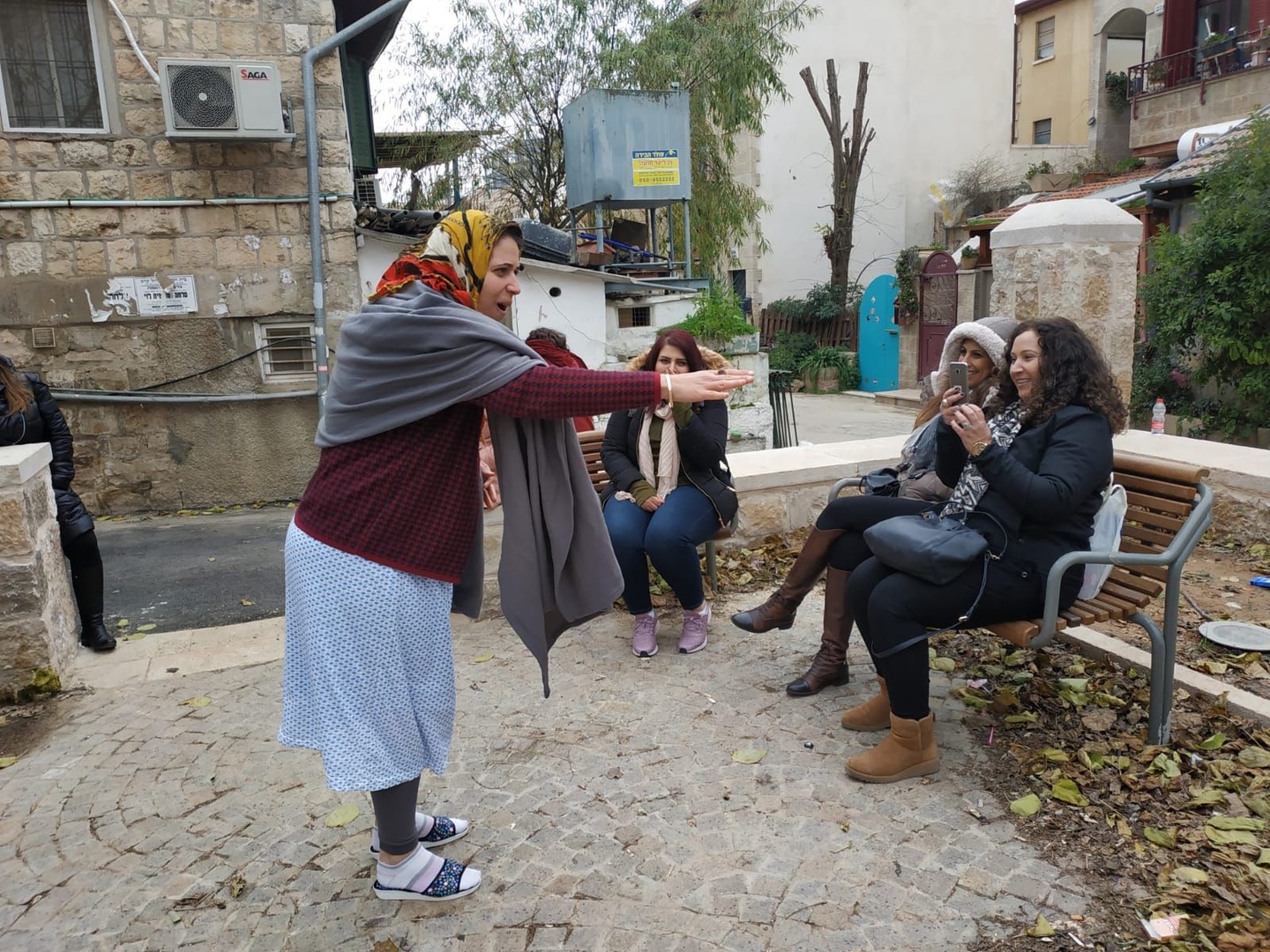 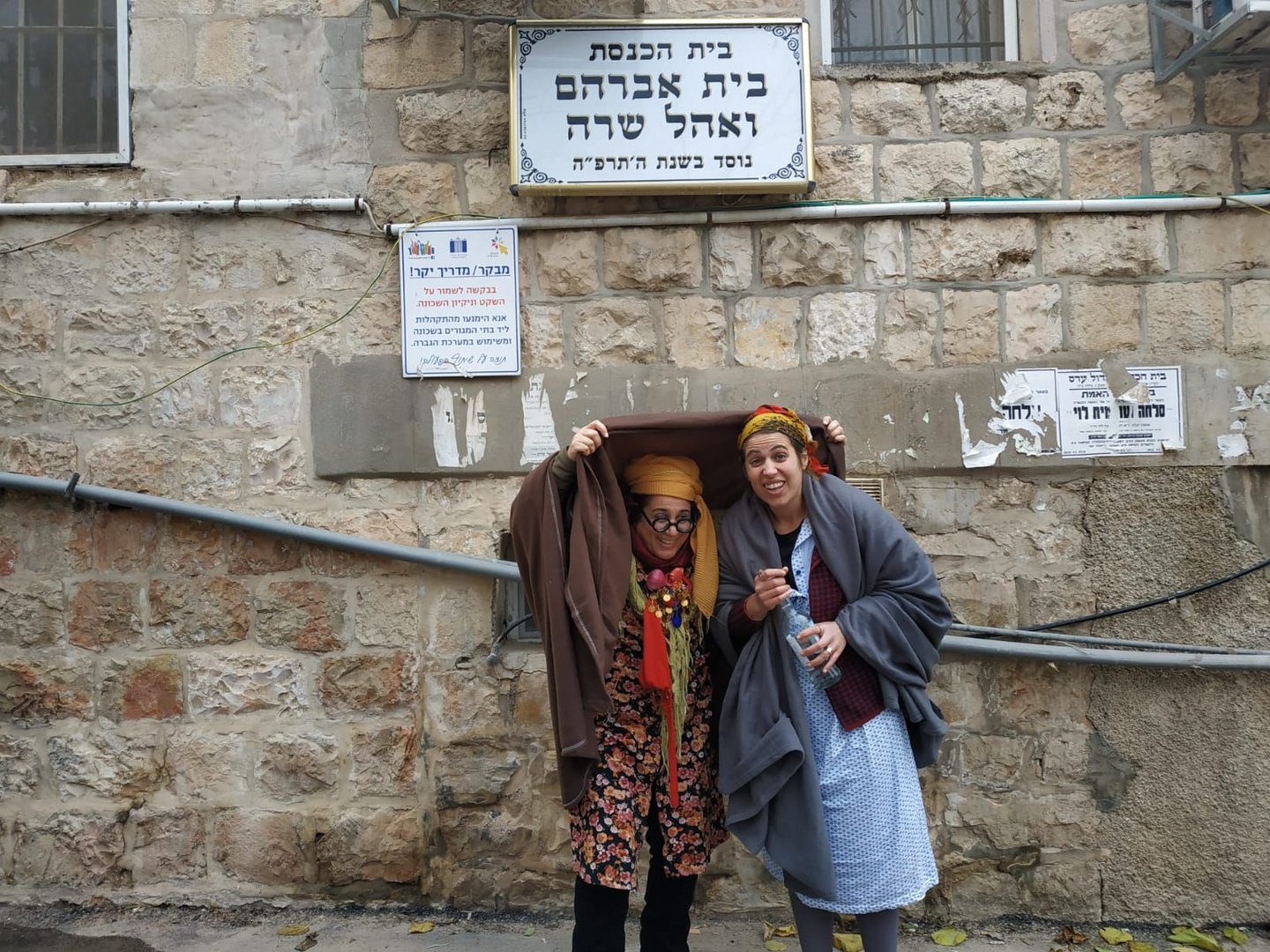 Duration: About two and half hours